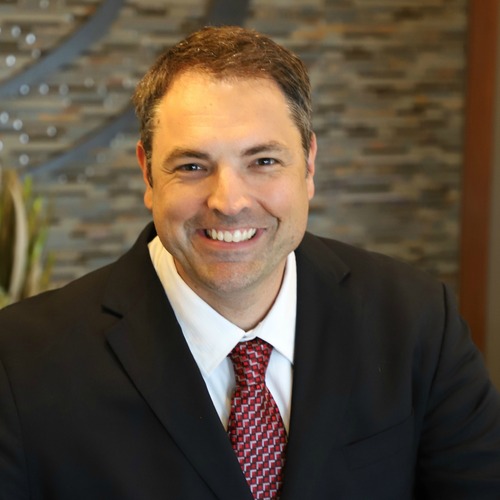 Dr. Henry is a Certified Chiropractic Sports Physician. He grew up in Sioux Falls, SD where he attended Sioux Falls Lutheran School until junior high and then went into the Sioux Falls public school system. He went to one year at Washington H.S. before eventually graduating from Roosevelt H.S. He then went on to South Dakota State University where he graduated with honors earning a Bachelor of Science in Biology. He got his Doctorate in Chiropractic from Northwestern Chiropractic College, where he served as student body president. He finished up his doctorate education by interning in Dallas, TX before settling back in Sioux Falls.

In 2005 he and Dr. McDaniel opened up the Sioux Falls location of ChiroSport. Since that time he has enjoyed seeing patients in both the Sioux Falls and Brandon locations. In his down time from practice he is an adjunct professor at NWICC teaching Anatomy and Physiology. He currently serves on the Board of Elders at his church. In his free time he enjoys spending time with his family; wife Shannon and their two children, son Jackson and daughter Breckyn. They like to spend time outdoors. He also likes to golf, fish, and play softball.

He is very excited to be at ChiroSport. The main reason for this is the passionate team approach to their patient’s health care. Doing whatever it takes to get people to live the life of their dreams.