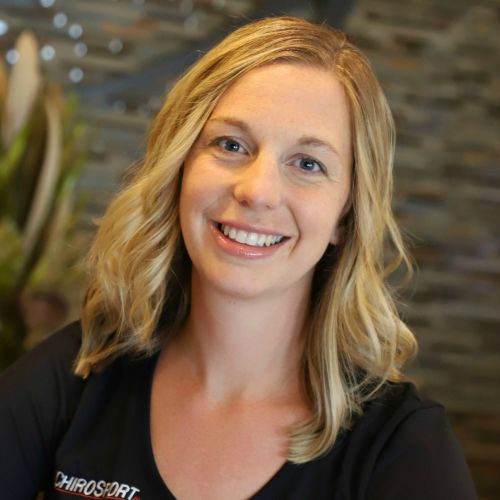 Joni graduated from Unity Christian High School in 2001 and continued her education at the University of Sioux Falls.  While at USF she majored in Exercise Science.  In 2006 she graduated from USF with a Bachelors of Science degree.

Since graduating, Joni has received her Chiropractic Assistant and Chiropractic Radiology technician certifications.  Joni has been at ChiroSport since April 2008.  She says she enjoys the great patients she has been blessed to work with and being part of such a great team of healthcare professionals.  Joni and her husband Shannon, have four energetic children Breanna, Brayden, Ayla, and Aspen.  Some of her favorite things include; spending time with her family, relaxing weekends, being outdoors with her kids, and exercising.